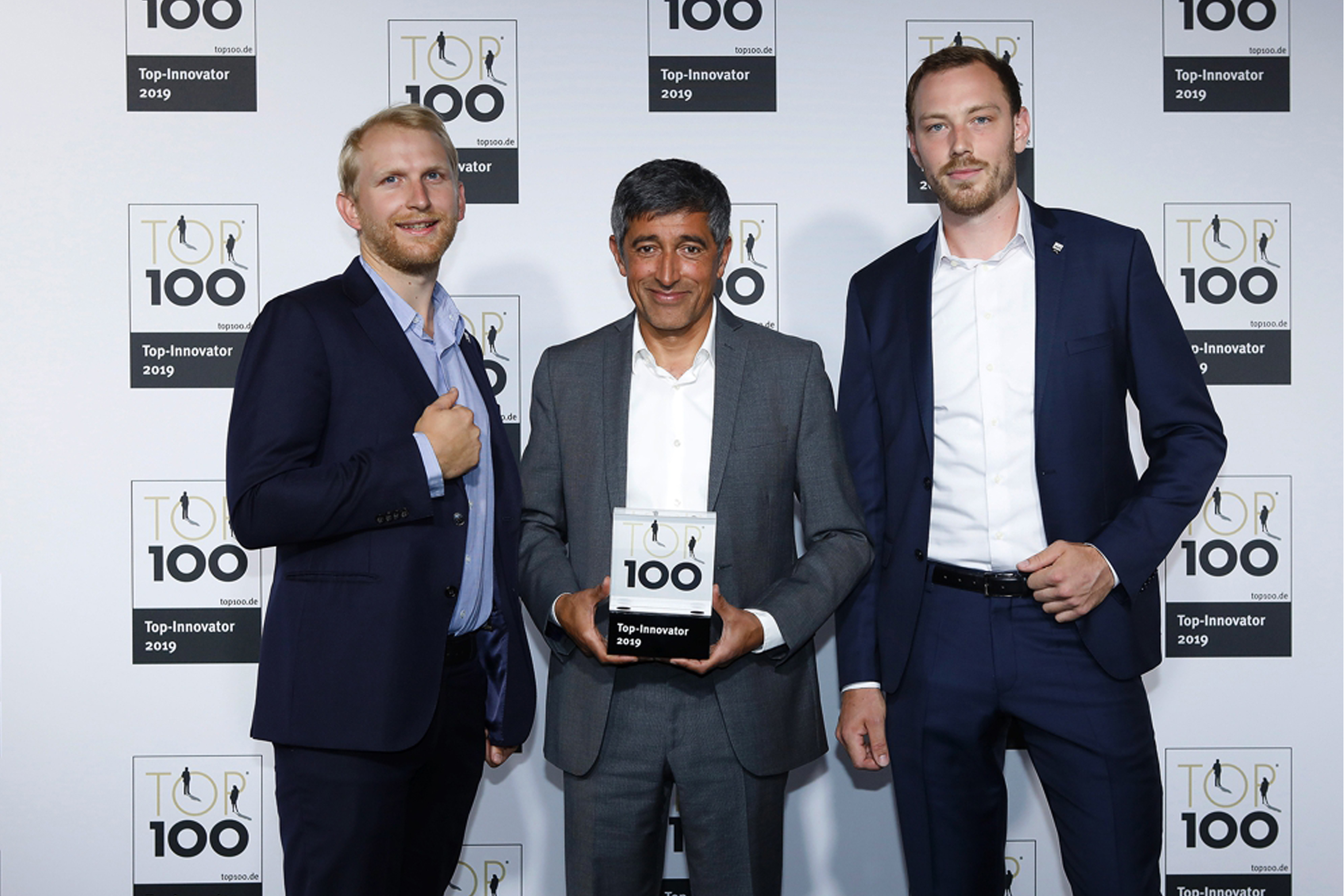 Empit Has Won the Most Important Innovation Award in Germany

EMPIT has been awarded the most important innovation prize in Germany. We are very proud to announce that we are one of the TOP100 companies in Germany. This was made only possible through our great team, which performed outstandingly and beyond limits - thank you everyone!

Überlingen – The Berlin-based company EMPIT GmbH has made it into the TOP 100 in the 26th year of the innovation competition. It will receive its award on 28 June from competition mentor Ranga Yogeshwar, TOP 100 coordinator Professor Nikolaus Franke and compamedia at Frankfurt’s Jahrhunderthalle events venue. TOP 100 uses a rigorous process of analysis to assess how SMEs manage innovation. EMPIT particularly impressed the independent panel of judges with its successful innovations.

The company name stands for Electromagnetic Pipeline Testing, and it represents a breakthrough in testing technology. Underground pipelines are normally inspected using robots. These can detect damage such as corrosion, which in a worst-case scenario could cause a pipeline to explode. The difficulty arises when pipes have narrow bends or a small diameter. In those cases there is a danger that inspection devices might get stuck. This is exactly the situation for which the TOP 100 company has developed its new process, an exciting innovation which allows gas, oil and water pipes to be monitored from above the surface.

The new technology feeds electricity into underground pipes that creates magnetic fields on the surface. These fields can be measured using sensors which are integrated into robots. Even the smallest anomalies in the pipes, for example metal loss, cause a deformation of the magnetic field lines, which are normally round. Based on this data, computer programs are then able to calculate the exact location of the damage – even if it is several metres below ground.

The small company’s innovation is proving very popular. A number of global players, for example from the oil industry, are so impressed by the monitoring process that they are approaching EMPIT to agree research contracts for new applications.

Since 1993, compamedia has been awarding the Top 100 seal of approval to SMEs with a particular ability to innovate and above-average success rates for innovations. Professor Nikolaus Franke has coordinated the project since 2002, and is the founder and director of the Institute for Entrepreneurship and Innovation at the Vienna University of Economics and Business. The TOP 100 is mentored by science journalist Ranga Yogeshwar and organised in partnership with the Fraunhofer Society for the Promotion of Applied Research and the German Association for Small and Medium-Sized Businesses (BVMW). Media support for the company benchmarking competition is provided by manager magazin, Impulse, and W&V. Further information is available at www.top100-germany.com.

It’s for a reason that we are amongst Germany’s Top 100 innovators. Because our mission is to overcome these inspection challenges and, together with our clients, continuously improve the safety and reliability of all pipelines.