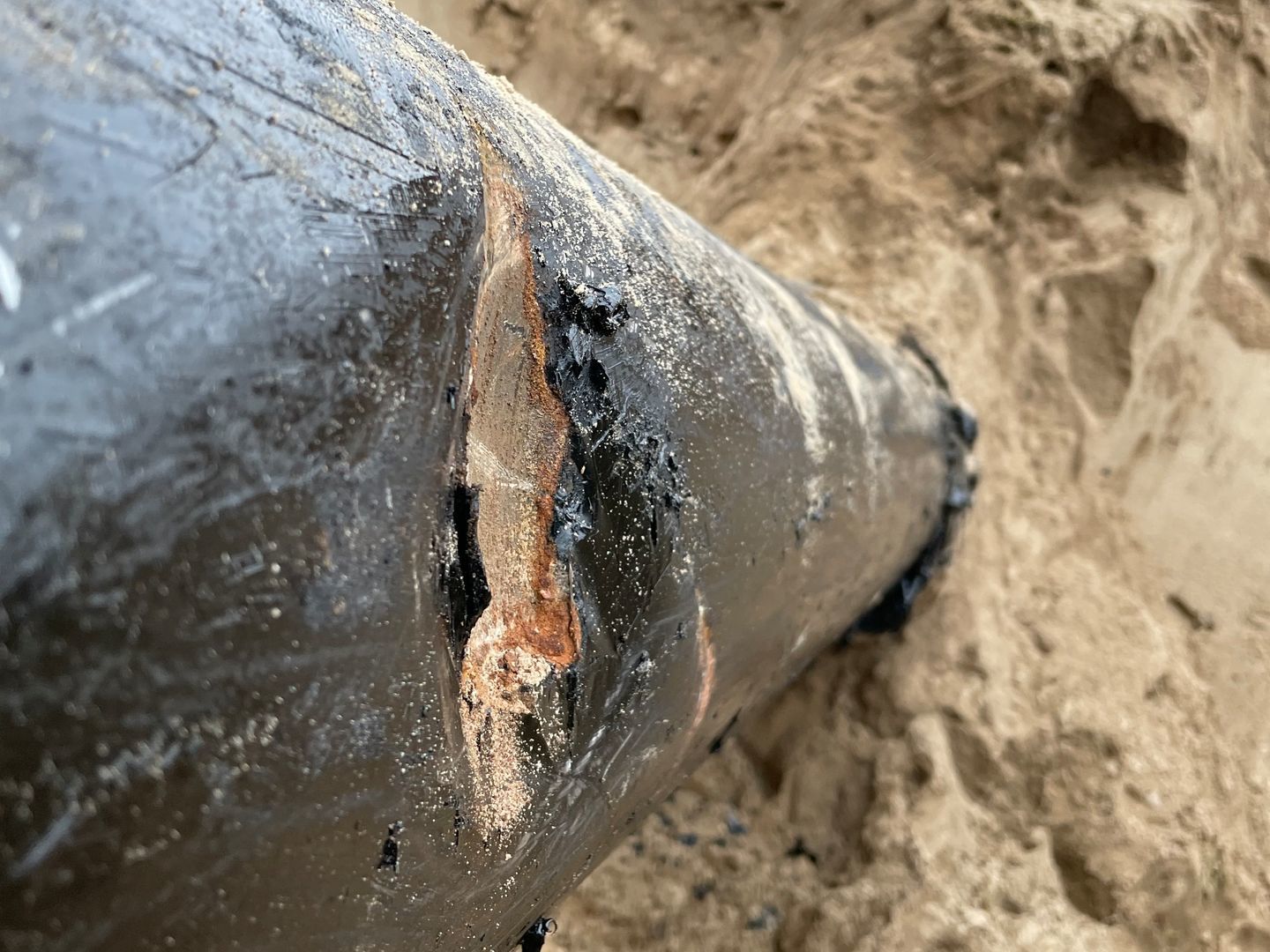 How to detect geometric anomalies with CMI?

Geometric anomalies are a severe integrity threat for buried pipelines. In particular, very little integrity data about such defects is available for unpiggable pipelines. CMI is the first over-the-line inspection technology that has a proven track record to localize geometric anomalies and therewith help  pipeliners around the world to built up and strengthen the company's asset strategy for unpiggable pipelines.

In CMI's track record, dents are the most frequently detected anomalies. Dents lead to a change of the diameter of the pipe, namely a reduction in diameter, which causes them to be concave in the inside. This deformation leads to local stress in the pipe wall, which can be detected through CMI from the earth's surface. Technically speaking, a dent changes the current flow and density in the pipeline and EMPIT's algorithms allow the dent to be visualized. No direct contact to the pipeline is needed as the AC-driven remote magnetic field analysis allows to inspect buried pipelines with a depth of up to 2 meters.

Especially dents, which are one of the most serious types of defects need to be detected in unpiggable pipelines in order to ensure a reliable and data-based asset strategy. A dent represents a combination of stress concentration zones caused by the dent and therewith the potential for cracking caused by strain hardening in the base of the joint. Dents in pipelines can be caused during operation as a result of impacts from construction machinery, agricultural equipment or third party influence. Just recently, CMI was used in order to find out whether illegal construction works directly over the pipeline caused damage. Fortunately, the pipeline was still in good condition and no anomalies were detected in the external pipe wall in this section. However, most dents occur during the construction of pipelines, usually as a result of the pipe being laid directly on rocks in the pipe trench and they need to be detected and assessed.

For our clients, it is important to understand that CMI cannot differentiate between different types of anomalies. They CMI technology enables to detect any kind of geometric anomaly like buckles, ripples or wrinkles but cannot tell through an over-the-line inspection what type of feature has been detected. We solve this challenge with reporting relative signal amplitudes for every anomaly that usually correlate directly with the local Probability of Failure (PoF) of the pipe wall. In some places, however, it certainly makes sense to dig them up and determine the type of detect and calculate the Estimated Repair Factor (ERF).

It’s for a reason that we are amongst Germany’s Top 100 innovators. Because our mission is to overcome these inspection challenges and, together with our clients, continuously improve the safety and reliability of all pipelines.

We use cookies to give you the best possible experience on our website and to improve our communication with you. We only use the data for which you have given us your consent, with the exception of the cookies that are absolutely necessary for the functionality of this website. For more information, please see our privacy policy. Make your choice here:

You can change your consent at any time by clicking on the Cookie Settings link in your footer.

Retention period: This cookie remains only for the current browser session.

Retention period: This cookie remains only for the current browser session.